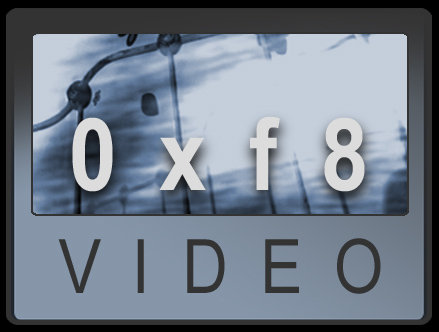 Now that the init.system DVD is out, I thought I'd spend some time talking about the next big project for synnack and 0xf8 Studios. We've travelled around the world with custom video for the synnack live performances. VJed in clubs. Created and produced a film-like DVD. What's next?

There are multiple projects ultimately influencing the new video direction. Fortunately there are common components and infrastructure needed for these that can be applied to all of them. Here's a summary of what we're working towards:


How to get there

To enable these 3 things, we've started building the technology infrastructure we need using Max for Live and Max/MSP/Jitter as follows:

This will be a ton of work but we'll get way more out of it this time than a single release. It's the foundation for the next few years of output of audio/visual work and the start of a transition back to "artist" for me from "guy in a band". This doesn't mean there isn't much more synnack music to come though. Katrina is in the works and I already have ideas for "v3" planned. I think I need more redbull in my life.